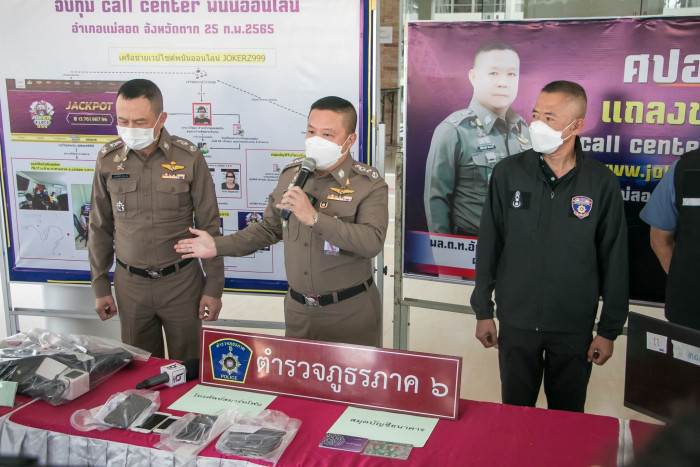 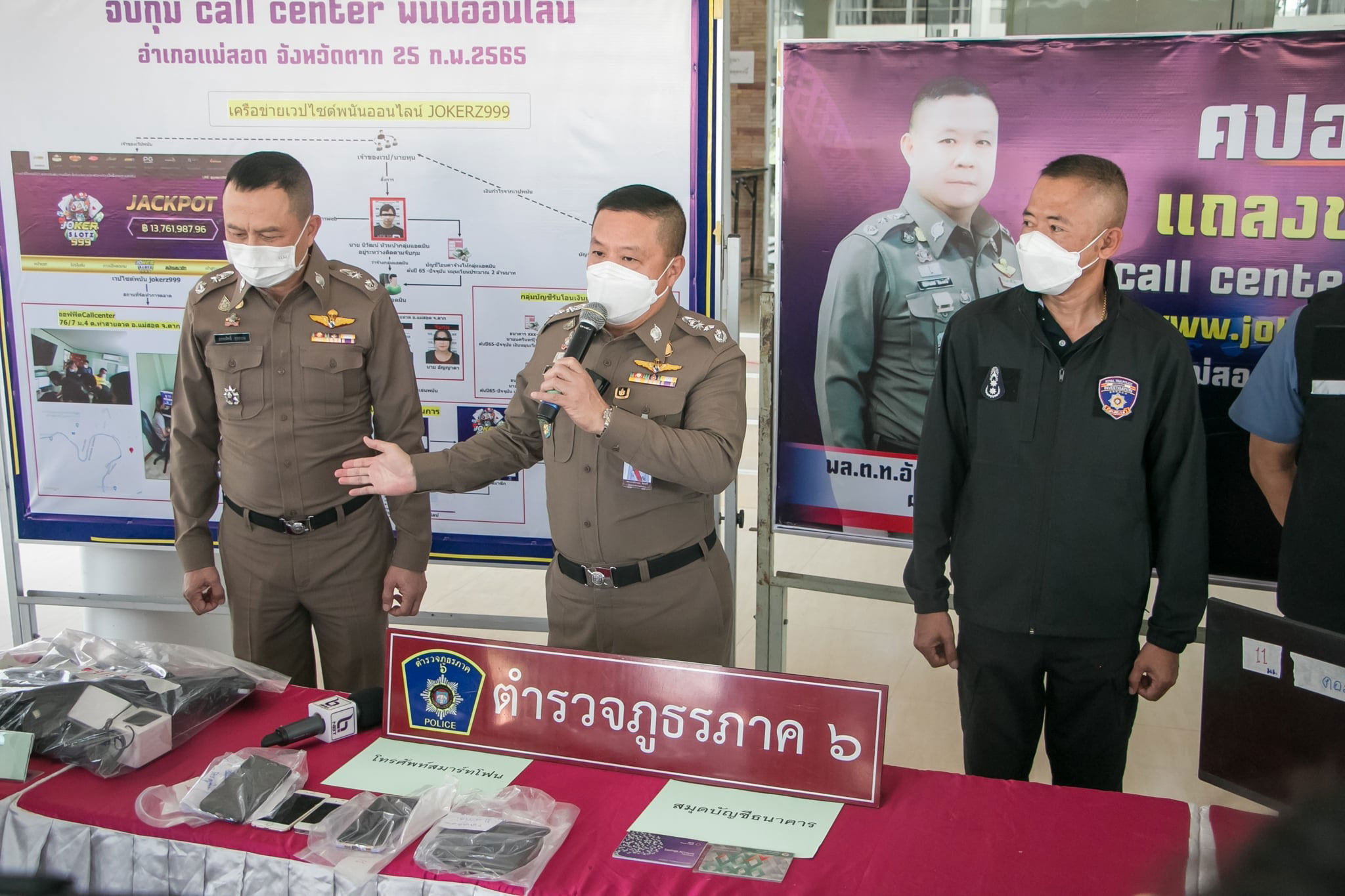 Three women were arrested for operating a gambling website with over 30 million baht in monthly circulation during a police raid in Mae Sot district of Tak province.

Pol Lt Gen Akkharadet said three suspects were detained and computers, mobile phones and bank accounts used in the operation were impounded. The website handled 20-30 million baht in bets each month, he said during a media briefing.

The three women confessed to being part of a marketing team for jokerslotz999.com, which employed at least 20 staff, Pol Lt Gen Akkharadet said.

The network now operated from numerous premises, instead of renting only one house as they had previously done. There were only 3-4 staff for each working shift, to avoid attracting the attention of neighbours.

Police pressed initial charges of colluding in online gambling and money laundering. The three suspects were handed over to local police for legal action.

The investigation was continuing, he said. 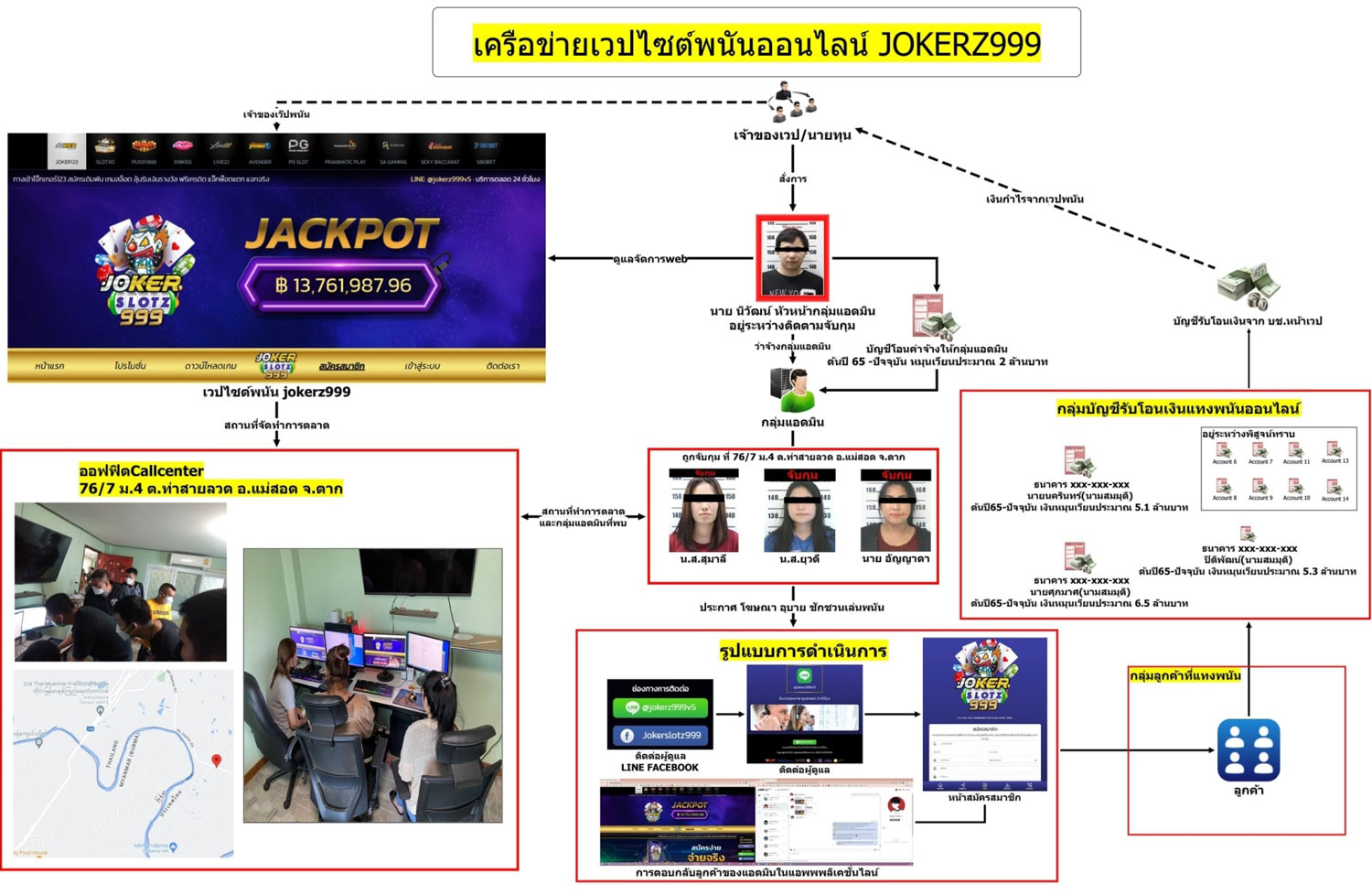